The most beautiful bird in the world

The Quetzal has been called the most beautiful bird in the world by many bird lovers. 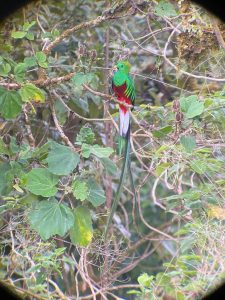 Unfortunately, the Quetzal is endangered and extremely rare. This is mainly due to the loss of habitat due to deforestation. In addition, Quetzales were often killed in earlier times because of the males’ beautiful long tail feathers. These tail feathers the male develops only during the breeding season, and can grow about 80-100 cm long. With this, the Quetzal is also called the king of the cloud forest. 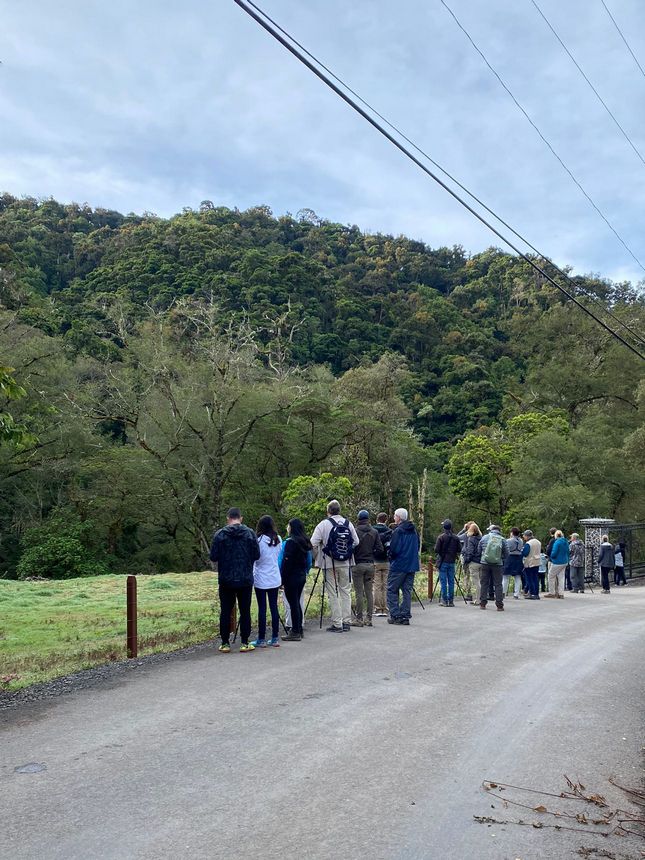 When visiting the cloud forests of Costa Rica, at least try to go out with a guía local. They know exactly where to find the breeding sites of the Quetzales. By the way, you do have to go early because the Quetzal are mainly active in the early morning.

Therefore we were ready at 6:30 a.m. to go out with a guide. Our guide’s name was Michael, spoke good English and was able to tell us a lot about the Quetzales’ way of life, what they eat, etc. And also about the many other birds that can be spotted there.

Of course, we were not the only early birds at this spot. A whole row of enthusiasts had gathered, all with guides. And after some waiting, our patience was rewarded! The guides recognize the specific call of the bird and know they are nearby. And suddenly you see it! Very special to see this beautiful bird suddenly fly by. Both male and female are feeding the young and therefore fly back and forth.

The Quetzal feeds mainly on avocados, which they swallow whole. They defecate the seeds, thus helping to propagate the avocado trees. Nature is well constituted, and without human interference, these and many other birds would not be threatened with extinction. Therefore, it is of utmost importance to protect the specific habitat of these and many other birds. And also that local people learn how to live with and in nature, without causing harm. Local NGOs like Adopt Rainforest play an important role in this. 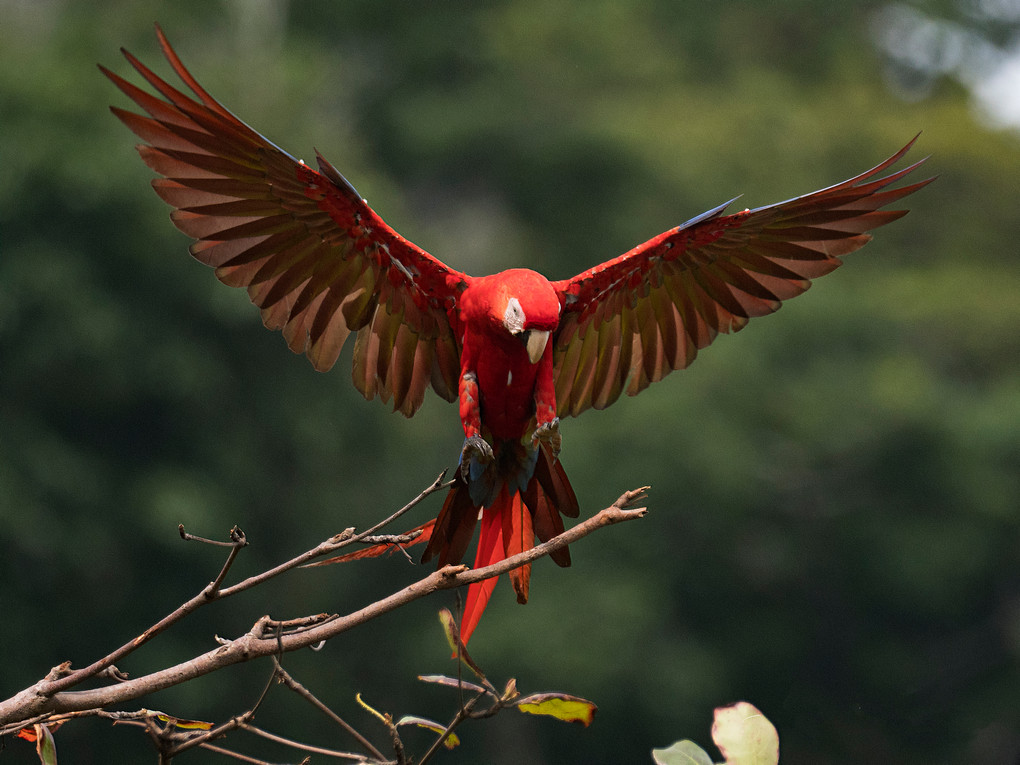 In addition to the Quetzal, there are numerous other special, sometimes rare, birds to spot in Costa Rica. Think of the toucan, many species of hummingbirds, various tanagers, flycatchers and, of course, the beautiful macaw. All can be found abundantly in the rainforests of Costa Rica, a true bird paradise.

Would you like to contribute to the protection of this beautiful bird paradise?
Adopt a piece of rainforest here, and help protect nature!

What’s with the fur? Why do sloths sleep so much? This month, the three-fingered sloth is the animal of the month at Adopt Rainforest. And what’s more fun than hearing from one of the founders of Adopt Rainforest some fun facts that you won’t find in a standard biology book. Maarten van der Beek is one of the biologists at Adopt Rainforest and lives on the Work With Nature reserve in Costa Rica. END_OF_DOCUMENT_TOKEN_TO_BE_REPLACED

END_OF_DOCUMENT_TOKEN_TO_BE_REPLACED

Did you know that 5% of all species of flora and fauna in the world live and grow in Costa Rica? Also, Costa Rica is in the global top 20 countries with the greatest biodiversity! Are you a real nature lover? Then put Costa Rica on your bucket list. But… before you pull your backpack and passport out of the  closet, we want to give you a lesson about biodiversity. Maybe you have what it is, but to refresh your memory we’ll explain it to you in this blog. END_OF_DOCUMENT_TOKEN_TO_BE_REPLACED

END_OF_DOCUMENT_TOKEN_TO_BE_REPLACED

What is deforestation anyway? This term is used to describe the process by which trees give way to agriculture and livestock. Deforestation takes place in large numbers every day, especially in the Amazon rainforest. Not a pretty thing! The consequences? Cutting down trees not only means loss of our beautiful nature and biodiversity. It has an effect on the ambient temperature: it rises. This increase is caused by burning trees and because oxygen (O2) gives way to carbon dioxide (CO2) emissions. Trees store a lot of CO2 and this is released during deforestation. The numbers? Don’t be alarmed: around 13 million hectares of forest disappear on Earth every year, according to the FAO. To make it a little more tangible: this equals 18,207,280 football fields. Approximately 34 soccer fields per second! END_OF_DOCUMENT_TOKEN_TO_BE_REPLACED

END_OF_DOCUMENT_TOKEN_TO_BE_REPLACED

It’s World Rainforest Day today (June 22)! A day to put our world’s rainforests in the spotlight because it’s mega important to protect them. Do you know which are the largest rainforests in the world? In this blog we will show them to you. We start at spot 10. END_OF_DOCUMENT_TOKEN_TO_BE_REPLACED

More than 11 years ago, the founders of the Adopt Rainforest foundation visited this beautiful area for the first time. What a beautiful area with giant big trees, several rivers and an enormous biodiversity of plants and animals. Yet there was something they both noticed immediately. There were no monkeys at all. END_OF_DOCUMENT_TOKEN_TO_BE_REPLACED