In recent years we have had visits from a number of butterfly experts (Also called the Butterfly Harriers), who went for an internship or as a volunteer to look at the different butterfly species that occur in the reserve, at the research center and in the nearby village of San Miguel. So by early 2020 there was a nice list of species but seen over a number of short periods. Because of the Corona, the project was empty and we had no visitors for a longer period. For Hanneke a reason to get more involved in the butterflies, and before she knew it she had caught the butterfly fever. From January 2020 until now, so August 2022, she has caught an average of one new species of butterfly per week. That’s what makes this sport so much fun. And there are beautiful specimens, see the pictures below. Sometimes the species are difficult to distinguish from each other, but often you immediately see: ‘Yes! This one is new! We are now at 239 different butterfly species, so we are not finished yet. Every trip to the beautiful reserve of Adopt Rainforest can bring new surprises. 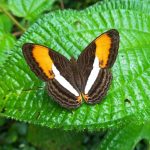 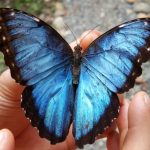 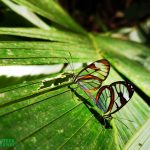 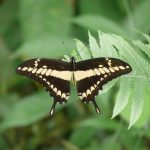 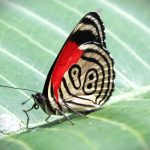 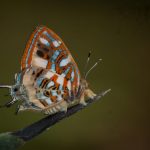 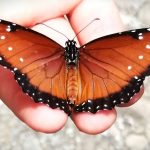 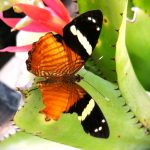 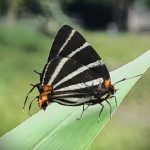 Want to know which butterfly species have all been determined? Take a look at our species list: Species List

In the Caribbean lowlands of Costa Rica most rain falls in May to August. The fact that it rains is good for all life of course, but can be quite difficult for our biologists in the Work with Nature reserve; the paths become muddy, the laundry doesn’t dry and the project is sometimes briefly inaccessible because rivers are filling up. END_OF_DOCUMENT_TOKEN_TO_BE_REPLACED

END_OF_DOCUMENT_TOKEN_TO_BE_REPLACED

What’s with the fur? Why do sloths sleep so much? This month, the three-fingered sloth is the animal of the month at Adopt Rainforest. And what’s more fun than hearing from one of the founders of Adopt Rainforest some fun facts that you won’t find in a standard biology book. Maarten van der Beek is one of the biologists at Adopt Rainforest and lives on the Work With Nature reserve in Costa Rica. END_OF_DOCUMENT_TOKEN_TO_BE_REPLACED

Did you know that 5% of all species of flora and fauna in the world live and grow in Costa Rica? Also, Costa Rica is in the global top 20 countries with the greatest biodiversity! Are you a real nature lover? Then put Costa Rica on your bucket list. But… before you pull your backpack and passport out of the  closet, we want to give you a lesson about biodiversity. Maybe you have what it is, but to refresh your memory we’ll explain it to you in this blog. END_OF_DOCUMENT_TOKEN_TO_BE_REPLACED

Did you know… in the wet months the frogs in Costa Rica show themselves more often? They are less prone to drying out because of the wetness and are singing because many species lay their eggs in the rainy season. Earlier we talked about the glass frogs, but there are many more frogs to be seen in this period. END_OF_DOCUMENT_TOKEN_TO_BE_REPLACED

END_OF_DOCUMENT_TOKEN_TO_BE_REPLACED

Last summer we were able to open the proverbial champagne bottle again! Despite all external influences, we managed to formalize the purchase of a beautiful and especially strategically important piece of rainforest! It concerns the 9 hectares on which the research center is located. END_OF_DOCUMENT_TOKEN_TO_BE_REPLACED

More than 11 years ago, the founders of the Adopt Rainforest foundation visited this beautiful area for the first time. What a beautiful area with giant big trees, several rivers and an enormous biodiversity of plants and animals. Yet there was something they both noticed immediately. There were no monkeys at all. END_OF_DOCUMENT_TOKEN_TO_BE_REPLACED

Most species are between 7.5 and 13 cm in size. You would almost think it is an out-sized bumblebee! Hummingbirds (Trochilidae) are the smallest birds in the world. They are a family of birds of the order swift-like. The family includes more than 300 species. Most species are found in South America. It is so much fun END_OF_DOCUMENT_TOKEN_TO_BE_REPLACED

END_OF_DOCUMENT_TOKEN_TO_BE_REPLACED

Is it possible to restore the original rainforest in a deforested area where cows have been grazing for years? In Costa Rica at least they accept the challenge. This article tells in short how a Dutch foundation in Costa Rica is trying to transform degraded land back into a fully fledged rainforest. END_OF_DOCUMENT_TOKEN_TO_BE_REPLACED