Costa Rica is known for its beautiful nature, a country with an exceptionally high diversity of plants and animals (one of the highest percentages of biodiversity in the world). A country for the true ecotourist. Over the past twenty years, ecotourism has become increasingly important to Costa Rica. In 2019, there were nearly 3 million tourists in Costa Rica of which 80% are considered ecotourists. They come specifically for the overwhelming nature, from lowland rainforests to volcanoes and from tropical beaches to beautiful cloud forests. It is clear that a large part of Costa Rica’s economy depends on these tourists. This is also the main reason why the country is protecting more and more rainforest in the form of National Parks. However, this has not always been the case. How did Costa Rica change from large-scale deforestation to a tropical paradise for ecotourism? 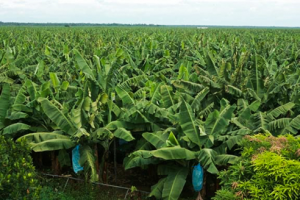 In the 70’s and 80’s Costa Rica had the highest deforestation rate in all Latin America. Almost half of all the forest in Costa Rica was cut down to make room for economic purposes. Large local and international animal husbandry companies cut down rainforest to keep cows for the meat industry. In addition, international fruit growing companies came to Costa Rica to establish large-scale banana and pineapple plantations. Forests were lost and rivers were polluted by spraying pesticides with airplanes over the fruit plantations. 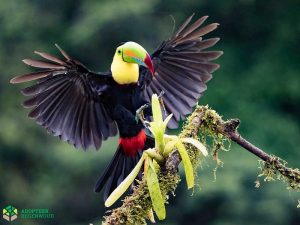 Fortunately, this changed to a large extent when the government decided to drastically change tack in 1996. There was a law that made it illegal to cut down rainforest without a permit. They also stated that they didn’t need an army but preferred to use the money for nature and education.

But perhaps the biggest impact was the introduction of PES (Payment for Ecosystem Services). A fund that financially supports farmers, NGOs (non-governmental organizations) and other landowners to capture CO2 by conserving rainforest or planting trees. But this scheme also stimulates to protect rivers and their sources. This enables many farmers to make a living from the existing rainforest without having to cut it down for income. All these measures together have led to approximately 50% of the land area in Costa Rica being forest again by 2020. This has made Costa Rica very popular in recent years for ecotourists from all over the world who love to visit the country for its beautiful nature.

But why are initiatives like that of Adopteer Regenwoud and many other nature conservation organizations still so important in Costa Rica?

It is precisely because of the many small and larger local and international NGOs based in Costa Rica that deforestation has been so dramatically reduced. The large international fruit and livestock companies are still there. They have an enormous influence in Costa Rica because of their large share in the country’s exports and employment. These multinationals still manage to expand their business and cut down forests for that purpose. Costa Rica may have introduced the forest law (Ley Forestal) but can hardly cope to actually enforce the law. Cost a Rica has designated several areas as National Parks, which are the actively protected areas. But outside these areas there is still a lot of rainforest (illegally) cut down.

The same goes for poaching. Hunting is forbidden in Costa Rica since a number of years. However, there is not the capacity to enforce it. Almost all nature conservation organizations that are active in protecting rainforest face the problem that hunting still happens. As a result, protected species are threatened with extinction. 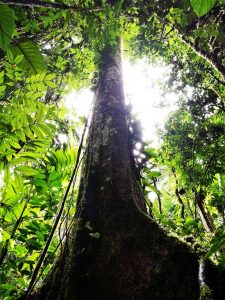 It is therefore the NGOs’ initiatives that must ensure that the natural areas outside the National Parks also remain protected. NGOs such as Adopt Rainforest go a step further than just protecting rainforest. They involve the local population in the initiative and offer support where necessary.

In cooperation with the local community (often small-scale farmers), the local nature conservation corporations and the Ministry of Nature and Environment (MINAE), these kinds of initiatives make the difference. By jointly supporting the government in the enforcement of illegal logging and poaching.

They do this by offering the local community an alternative to their physically demanding jobs as on the banana plantations, or by living as poachers or illegal loggers. Many local people get the opportunity to be trained by NGOs as nature guides or to be trained as forest rangers.

Furthermore, the presence of such initiatives ensures that more ecotourists come to visit the area around the private reserves. This provides extra income for local entrepreneurs of e.g. restaurants and hotels.

Besides employment, the NGOs try to make the local community aware that you can generate long-term income by actively protecting the rainforest, instead of earning quick money once by felling a valuable tree.

So it is not crazy to say that if the arrival of various nature conservation organizations hadn’t happened in the past, the ecotourist would have had little to look for in Costa Rica.

Did you know… in the wet months the frogs in Costa Rica show themselves more often? They are less prone to drying out because of the wetness and are singing because many species lay their eggs in the rainy season. Earlier we talked about the glass frogs, but there are many more frogs to be seen in this period. END_OF_DOCUMENT_TOKEN_TO_BE_REPLACED

END_OF_DOCUMENT_TOKEN_TO_BE_REPLACED

Did you know that 5% of all species of flora and fauna in the world live and grow in Costa Rica? Also, Costa Rica is in the global top 20 countries with the greatest biodiversity! Are you a real nature lover? Then put Costa Rica on your bucket list. But… before you pull your backpack and passport out of the  closet, we want to give you a lesson about biodiversity. Maybe you have what it is, but to refresh your memory we’ll explain it to you in this blog. END_OF_DOCUMENT_TOKEN_TO_BE_REPLACED

Is it possible to restore the original rainforest in a deforested area where cows have been grazing for years? In Costa Rica at least they accept the challenge. This article tells in short how a Dutch foundation in Costa Rica is trying to transform degraded land back into a fully fledged rainforest. END_OF_DOCUMENT_TOKEN_TO_BE_REPLACED

This month chairman Martin and founder Matthijs were at Trees for All’s headquarters to ratify a new cooperation for reforestation of 25 hectares of grassland. One of the largest projects in Costa Rica for the Adopt Rainforest Foundation to date. A total of more than 27,500 trees will be planted. END_OF_DOCUMENT_TOKEN_TO_BE_REPLACED